The Truth About Superfoods 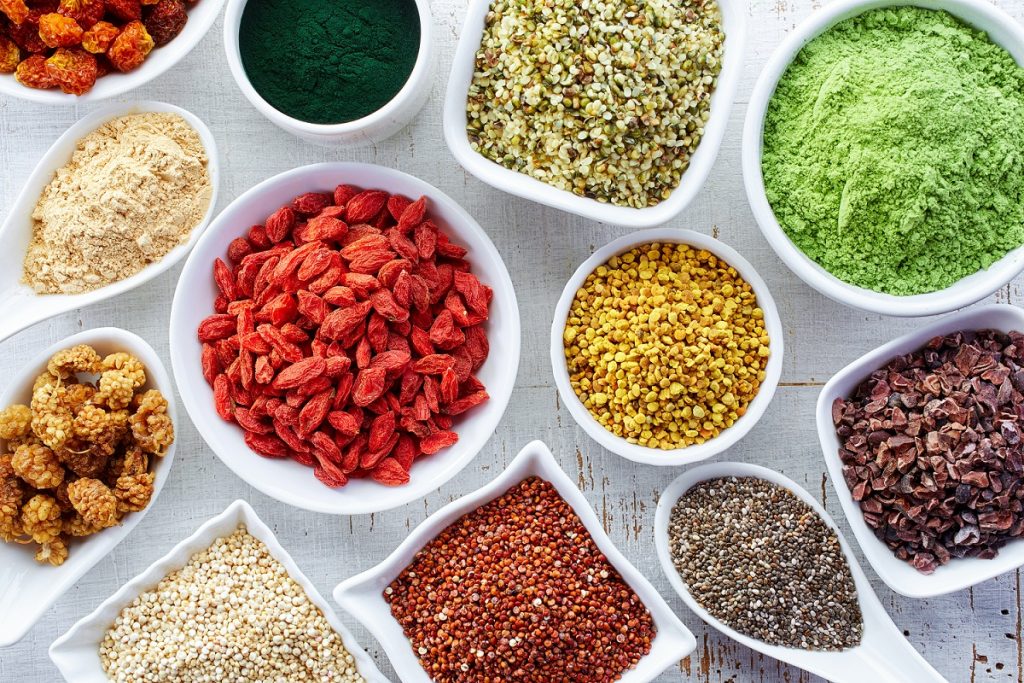 Are Superfoods Actually That Good For You?

If you pay attention to the news related to health and nutrition you’ve probably heard the term superfood. Superfoods are foods that contain high levels of either nutrients or bioactive phytochemicals.

According to some nutrition experts, including superfoods in your diet can have major positive impacts on the overall health of your body. In addition to the overall nutritional impact on the body, some experts state that the vitamins, flavonoids, and acids found in superfoods help rid the body of unwanted toxins and decrease the risk of medical conditions such as diabetes, high blood pressure, and high cholesterol.

However, others assert that the “superfood movement” actually has little impact on the overall quality of our foods. They claim that while these foods are indeed healthful and full of nutrients, they are actually no better for you than other foods.

There are many foods that are considered “superfoods,” and their individual chemical compositions differ widely. Let’s take a look at a few of the most popular superfoods out there and examine whether the “superfood” claims are fact or fiction.

The acai berry has been a popular fruit in the last few years. It can be eaten raw, dried, or as a juice, and is frequently used in trail mix, jelly, and granola bars. This berry is often seen as a superfood because of its high concentration of protein and nutrients including vitamin A, vitamin C, vitamin E, calcium, and iron.

Proponents of the acai berry have made a lot of claims about its health properties. However, according to most research, there haven’t been enough studies to back up most of the claims. Yet, there is one aspect of the acai berry that lives up to the hype: its antioxidants. The berries are full of antioxidants that can do wonderful things for your body, such as improving your skin and cholesterol.

This means that while the acai berry may not have the powers that many claim it does, the antioxidants in the berry make it a worthwhile fruit to add to your diet.

Chia seeds may be tiny, but the claims about its powers are huge. These small grains had popped up a lot lately in cereals, breads, and smoothie recipes. What makes the chia seed such popular superfood? The two most important aspects of the chia seed are fiber and Omega-3s.

One review of relevant research concluded that chia seeds are a sustainable source of Omega-3s and fiber that, in studies using animals, reduced levels of bad cholesterol and satiated hunger for a longer period of time, making it easier for subjects to reduce their body weight.

Based on the current research, it seems that chia seeds live up to their reputation as a powerful superfood. 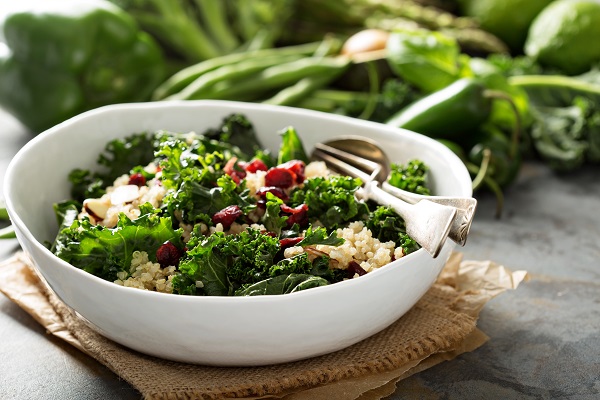 In recent years, kale has become almost synonymous with healthy eating. Dieters and food bloggers use kale in salads, on sandwiches, and even in smoothies. Many have claimed that kale is one of the healthiest vegetables in the world.

Kale does, in fact, contain a number of important nutrients, including beta-carotene, vitamin C, vitamin E, vitamin K, and folate. It also contains phytonutrients, which are important for reducing inflammation and the related health issues. However, research suggests that just about every cruciferous vegetable (such as spinach or bok choy) has a similar nutritional profile. Therefore, kale is indeed a healthful vegetable, but it is no more a superfood than any other dark green leafy vegetable.

Quinoa has been consumed around the world for centuries, but Western cultures have only recently begun to embrace the tiny grain. It is often touted as one of the healthiest grains, and many health-conscious eaters see quinoa as a great substitute for more processed carbohydrates.

Quinoa is certainly a better choice than enriched starches such as white rice. Like kale, quinoa contains inflammation-reducing phytonutrients as well as beneficial amino acids and fiber. In fact, a total of four clinical studies determined that quinoa may have significant positive effects on metabolic, cardiovascular, and gastrointestinal health. This means that including quinoa in your diet could not only help you lose weight, but could also make your heart and gut healthier.

Flaxseed, like the chia seed, has recently taken up a place as one of the tiniest superfoods. Flaxseeds are used in ways similar to chia seeds, such as breads and smoothies, and proponents of the flaxseed rave about its punch of protein and fiber.

In fact, the flaxseed does have an impressive protein level: 100 grams of flaxseed contain over 20 grams of protein and 24 grams of fiber. Because both protein and fiber are vital to a healthy body, particularly when trying to lose weight, this nutrient composition suggests that flaxseed could live up to its “superfood” title. 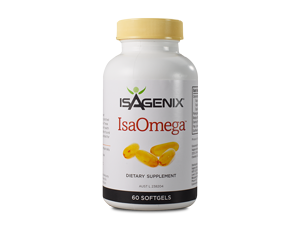 When it comes to heart health, Omega-3s are one of the most important nutrients to look for. Because seafood is currently considered the greatest source of Omega-3s, it is understandable that people would start looking to fish oil for their nutrient needs.

A lot of foods and over the counter vitamins are starting to be enriched with fish oil as a way of making them more heart-healthy by increasing the level of Omega-3s in the foods. According to research, this strategy works. Foods enriched with fish oil have significantly higher levels of Omega-3s and thus have a more beneficial nutritional profile.

Green tea is another superfood that has been appearing everywhere, especially in weight-loss products. People make some wild claims about this tea, claiming that it can burn fat and prevent cancer.

No food is that powerful, but green tea certainly has an impressive array of nutrients. For example, it is high in antioxidants, which can help reduce toxins and inflammation in the body. Research has also indicated that consumption of green tea can be beneficial for cognitive functioning.

Another important aspect of green tea is its calorie level: if nothing is added to the tea, it has zero calories. This means that you can get all of the nutritional benefits without any additional calories. While green tea may not have the super powers some claim it has, it can certainly be a great part of a healthy diet.

The meat of coconuts is rarely eaten in western cultures, but coconut oil has been increasing in popularity. Many health-conscious chefs have begun using coconut oil as a substitute for other fats when cooking.

Coconut oil is a good choice for a cooking oil as it is a “good fat.” It contains medium-chain fatty acids, which don’t have the same cardiovascular impacts as other cooking mediums. While the research suggests that there could be some health benefits to coconut oil, such as reduction of bone loss, there hasn’t been enough research to indicate that it is any healthier than other good fats.

Those looking to eat well and improve their overall health and wellbeing should be wary of any food fad that seems too good to be true: it probably is. Most foods that claim the “superfood” title do in fact have numerous health benefits, but no one food is ever going to be enough to cure or prevent chronic medical conditions.

The key to any diet plan is balance. Go ahead and put some superfoods on your plate, but only as a part of a well-balanced diet full of whole foods.